Thursday Doors: Past And Present Collide

Several months ago I found a list on Wikipedia of heritage buildings in the Toronto area. The oldest building on the list goes back to 1794 and the most recent dated at 1916.

I downloaded the list with the expectation of using it to plan some of my outings around the city, but I found it rather cumbersome to use.

Once an analyst, always an analyst … I’ve spent a considerable amount of time re-organizing the data so I can count the buildings in the list, tag which ones I’ve visited, and sort the buildings based on location.

I’m about half way through cleaning up the list and have already counted over 400 buildings.  However, out of this exercise, I identified a heritage site only a few kilometers from my home.

I wondered how I could have missed this little one-room schoolhouse on a road I’ve traveled so many times.

SS #3 School has had an interesting history.  It actually operated as a school until the mid-1970s.

Canadians of a certain age will undoubtedly remember the TV show Mr Dressup – English Canada’s longest running children’s program.  It had been on the air from 1967 to 1996 when Ernie Coombs retired.

In the old former schoolhouse known as SS #3, Ernie Coomb’s wife, Marlene, developed a daycare centre called Butternut Square … the name of the predecessor TV show to Mr Dressup, and the program that introduced Ernie to Canadian children.

“Mrs Dressup” had purchased SS #3 School and completed extensive renovations to the building, including an addition on the back that respected the original look of the schoolhouse.

When Marlene Coombs was killed in a car-pedestrian accident in 1992, the little schoolhouse was purchased by its neighbour, Whitefield Christian Schools, and is now a school for children from kindergarten to Grade 5.

I was graciously offered a tour of the inside by an administrator onsite preparing for the new school year about the start in September.  I quickly accepted.

Unfortunately she was unable to tell me what the SS stood for in its rather stark name, but she was very knowledgeable about the building and its history.

The original high-ceiling room was divided during the renovation stage and a second floor was created.  This effectively divided the windows of the building between the two floors providing a rather unusual perspective from the top floor.  The walls and ceiling are still covered in the original stamped tin.

This second floor now functions as a kindergarten, while the main floor is a small auditorium.  For a 5 years old, I would imagine those windows are just about perfect.

In the bell tower, the original school bell still hangs … although from the broken and frayed rope, I’m guessing it hasn’t been rung in a very long time. 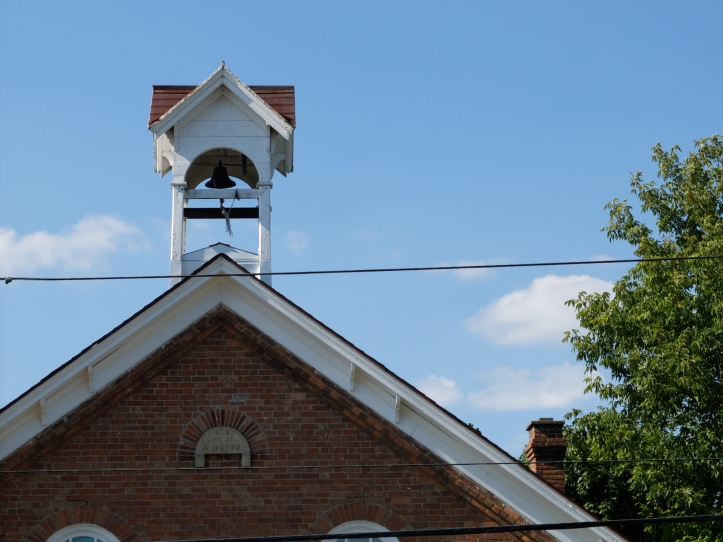 Now, you’re probably wondering ‘what about the door?’ … after all, this is Thursday Doors.

The tiny plaque to the left of the door, indicates this building as a Scarborough Historic Site. 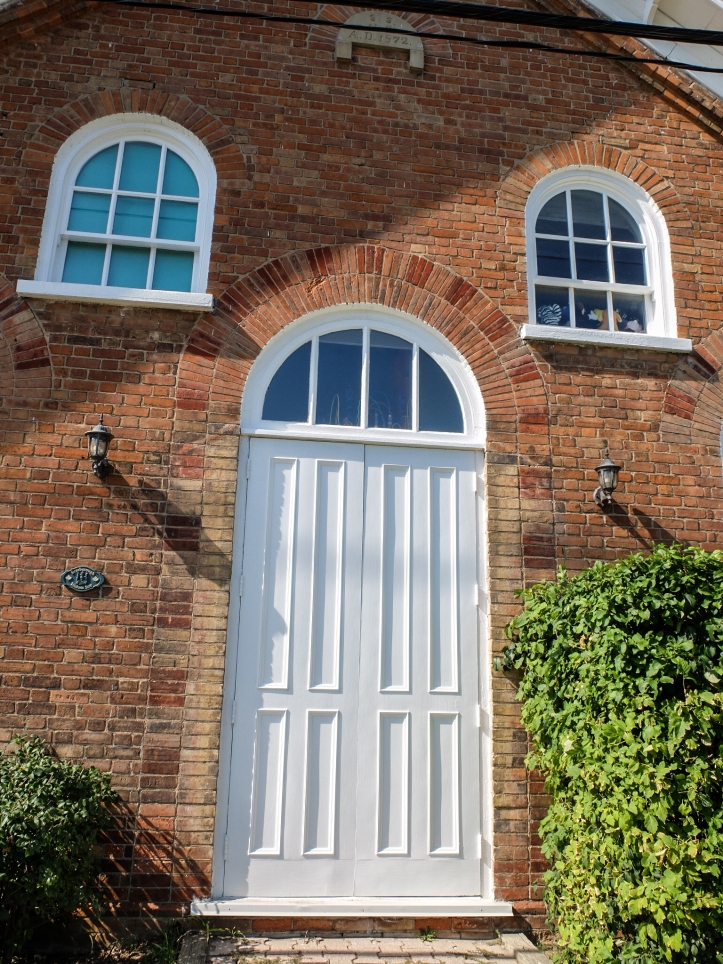 Thursday Doors is a weekly photo feature hosted by Norm 2.0.

This is my version of ‘essential travel’ ... a quiet local river with just birds and turtles ... and a couple of like-minded ladies 🙂 #paddling #easthollandriver #exploreontario #springfever 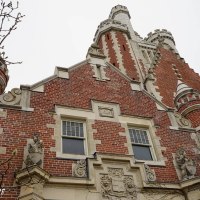