A Touch of Whimsy

I was looking in my photo library for something a bit different for this week’s Thursday Doors, and then I remembered this wonderful little find.

It was the day I went looking for the Cadbury chocolate factory.  I had taken public transit to avoid driving downtown on a Friday afternoon … life is too short to drive anywhere in Toronto on a Friday afternoon.  I took a walk from the subway through a park I had never heard of before.

Dufferin Grove Park is a pretty little green space, and based on the many people in the park on that hot afternoon, it is also a very popular meeting place.

A refreshment kiosk was located near a children’s playground, and what an interesting kiosk it was!  It’s called Cob In The Park, and its name derives from the mixture of sand, clay, and straw – known as “cob” or monolithic adobe – used as the building material. In 2004, the Toronto Public Health department required that a proper washing station would be needed if a refreshment stand was going to operate here on a regular basis.  A local resident conceived the idea of the earthen courtyard and in 2005, armed with permissions from the City, she directed about 500 volunteers during the process of building the Cob.

As if the mosaics covering the Cob weren’t pretty enough, rustic doors made from reclaimed wood and decorated with old pieces of cutlery were used to secure the various little cubbyholes used for storage. I avoided taking any photos of the actual service area because of all the small children around.  I felt like people were throwing me enough distrustful looks while I attempted to surreptitiously grab a few photos, without appearing to include children in them. Such are the challenges of a blogger with a camera. 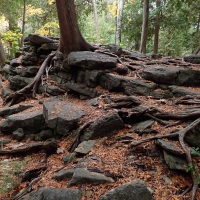 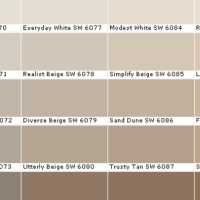 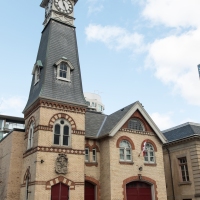 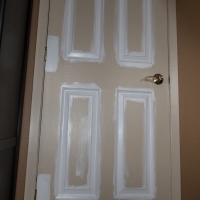 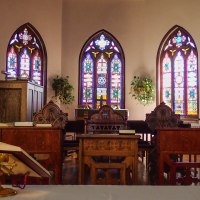