It’s been a while since I’ve been here at Thursday Doors and I have a backlog of doors to share.  This week I will start with a recent discovery from the book Top 150 Unusual Things To See In Ontario.

I make no secret of the fact that I like finding unusual things and everything about the Sharon Temple fell into that category.

The Sharon Temple is located in a small village north of Toronto …. called Sharon.  The history of both the town and the temple go back to the early 1800s when a former Quaker from New York started his own sect called the Children of Peace.

The history of the Children of Peace is quite interesting.  They were highly involved in the politics of the day and they are credited with, among other things, the development of a strong farming co-op in the area and the first credit union in Ontario.

After the founder, David Willson, passed away in 1866, the sect eventually just dissolved.

However, this story isn’t about the sect, but the temple itself.  This unusual temple, inspired by Solomon’s Temple in Jerusalem, was completed in 1831 and is stacked with symbolism. 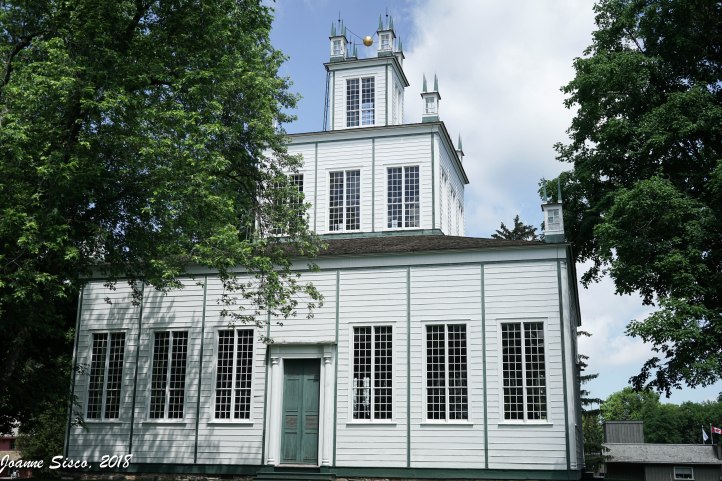 The temple has 3 tiers, to represent the Holy Trinity, and each one is square to symbolize equality – a major tenet of the sect.

In the centre of each side, there is an identical door to symbolize that people can come from any direction and be on “equal footing”. 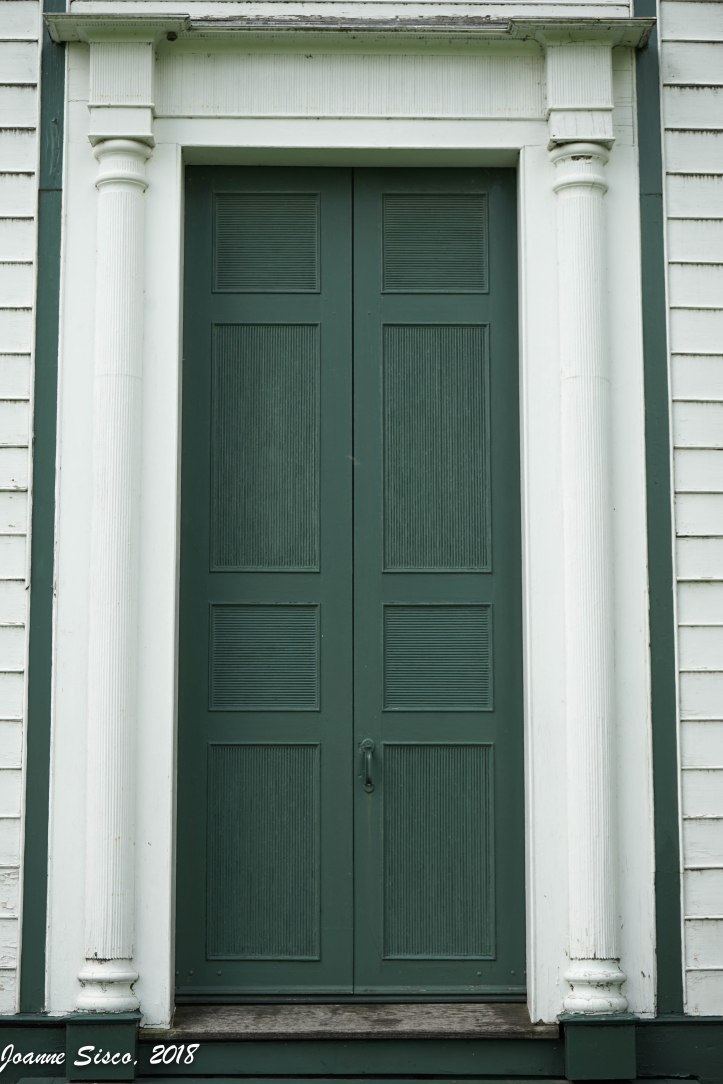 On each corner of each tier is a lantern and each lantern is capped with 4 spires.  The twelve lanterns, when lit, were to symbolize the twelve Apostles going into the world to preach salvation.

At the very top suspended between the 4 lanterns is a golden globe inscribed with the words “peace to the world”.  I couldn’t actually see any writing on the globe so I’ll have to take their word for it.

The inside of the temple is equally curious.

It starts with Jacob’s Ladder which symbolizes the connection between Heaven and Earth – although in this case, it’s also the connection to the 2nd tier. 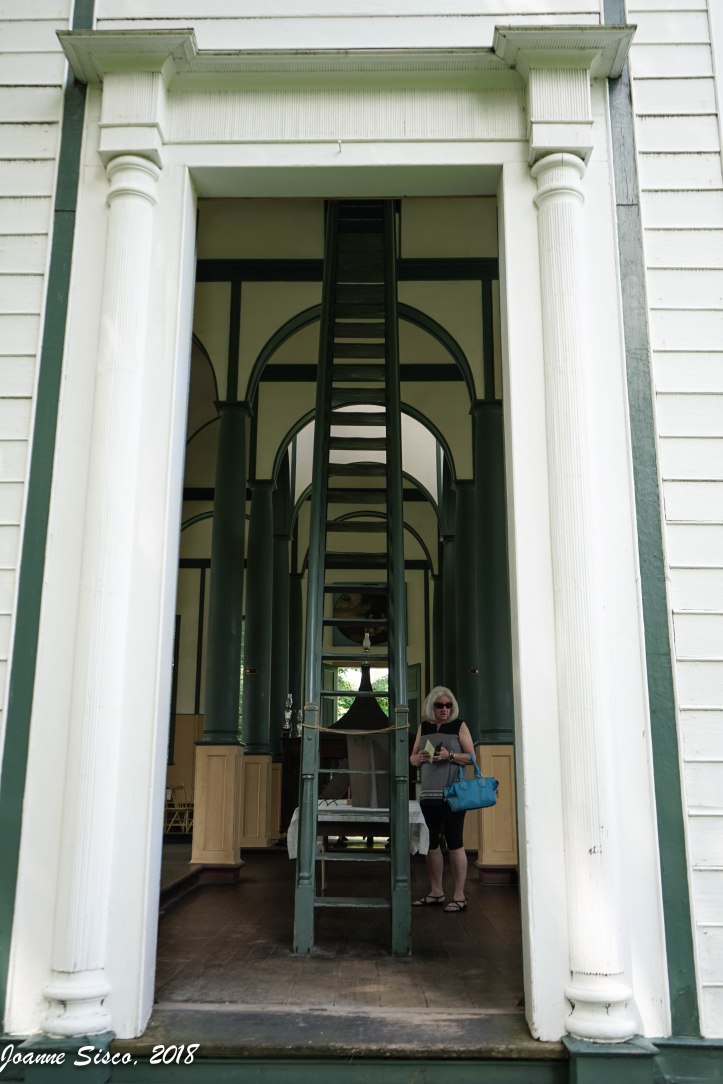 I was not happy to encounter the little rope that indicated the ladder was not to be climbed.  Those stairs were just begging to be climbed, but considering I tripped on one of the raised platforms on the first floor and did a face-plant, I took it as an omen that I shouldn’t be breaking any rules.

In the centre of the room is an ‘ark’ containing a bible said to be open to the 10 Commandments.  I couldn’t tell.

What I could tell however, is that the ark had shutter doors on 2 sides in a style that resembled the exterior doors.

The 4 pillars around the ark were called Faith, Hope, Love, and Charity – the ‘pillars’ of the church, and the remaining twelve were named for each of the disciples.

If ever there had been an altar, there isn’t one now, and I don’t know what the upper tiers may have been used for, but I’m guessing with a staircase like that, it wasn’t intended for the general public.

Religious sects today are generally viewed with suspicion, but this is one that did a great deal of good for its community promoting peace, cooperation, fairness, and helping those less fortunate.

Seems to me those are all values that deserve a resurgence today.

Thursday Doors is a weekly photo feature hosted by Norm Frampton from Norm 2.0.

Just a typical Simard family get together … Nerf guns at 16 metres, aiming for the birthday balloons. Bonus points to Jordan for hitting the goalie (me) in the head. Happy birthday, Dempsey!! 🎈🎂 With @misha2442 @gilles.simard761 @cruzdemp @jordytown