Only A Hint Remains

I haven’t shown up for Thursday Doors in a long time, but after discovering an unpublished post in my draft folder, I thought this might be a good opportunity to slide back in.

I actually found a number of unfinished posts and out of curiosity, I pulled up this one.   I was surprised to discover it had been written almost 2 years ago.

I don’t really know why I never published it.  Sometimes I do that.  Draft something up and then subsequently trash it.  This one apparently survived that fate, so today it’s getting its proverbial moment in the sun.

I remember this day very well.

It was a sunny afternoon in the heat of summer after a rare lunch with my sister in Kensington Market.

I could see a tower poking out of the trees a short distance away and knew there had to be a treasure lurking there, waiting for discovery.

I’ve written previous posts about ‘ghosts’ of buildings and other structures that get left behind – hinting at a time that once was.  These silent sentinels fascinate me – time capsules to the past.

This tower is all that remains of St George the Martyr Anglican Church.  Its history dates back to 1844 and once had a grand spire on top.

It would have been an imposing landmark at the time, but now it is dwarfed by all the concrete and glass towers of downtown. 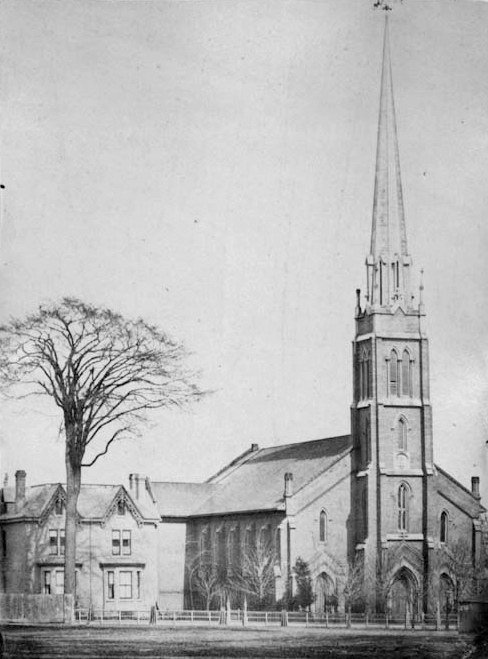 In 1955 a fire destroyed the church and all that remained was the bell tower, parish hall, and rectory.  The spire had already been removed prior to the fire, but I could find no information on when or why it was removed. 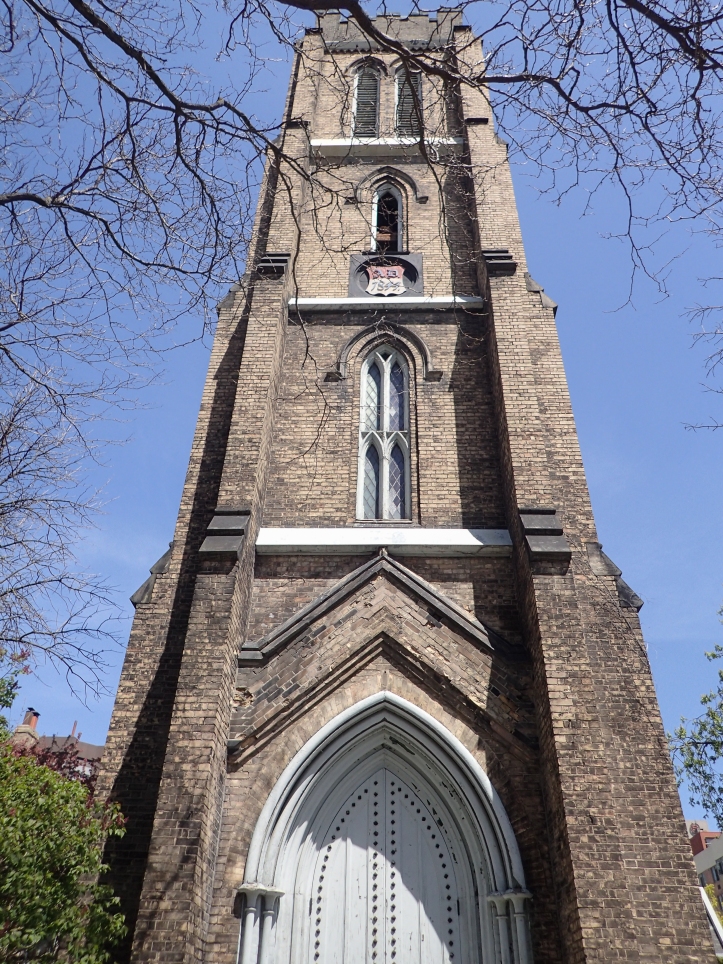 For lack of funds, the church was never rebuilt, but the tower was salvaged – with no purpose that I could see, except as a reminder of a glorious past. 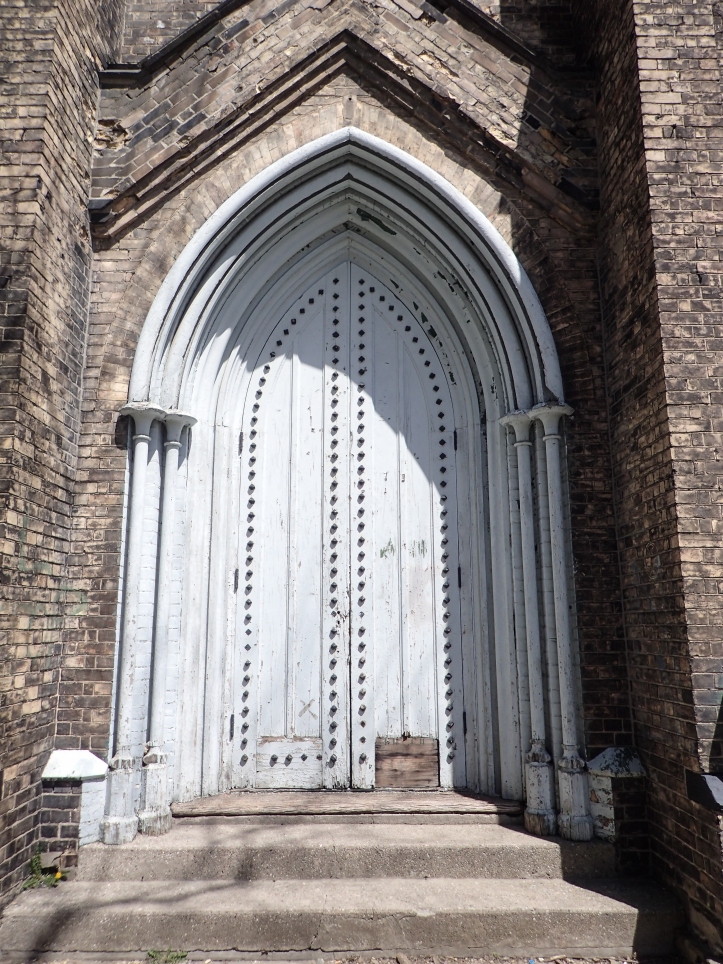 This door needs a little TLC and a coat of paint but still hints of the greatness that once was.  Its lack of doorknobs suggests that visitors aren’t welcomed here.  A shame – I think it has stories to share.