I’ve been MIA from the world of doors for a few weeks now and today I’m dipping back into the archive to revisit some 2-year old photos from Greece.

Periodically I go on a purging exercise in my photo library, removing ones I consider duplicates and images that don’t live up to my increasingly critical eye. I recently deleted 100 photos from this trip to Greece, but the following handful made the cut.

This ancient church in the heart of Athens fascinated me and I had dozens of photos of it to prove my point. That number is now considerably less.

A 2-day side trip to the island of Hydra provided endless opportunities for interesting photos.

There are no vehicles on Hydra and goods are still being moved by donkey. I had lots and lots of donkey shots.

I also had an endless number of boat photos, although admittedly most of them were actually in the water.

I wish I had a Euro for every step we climbed on this trip. I stopped frequently to take photos – of just about anything – as an excuse to rest and get my hammering heart rate out of the heart attack zone.

I looked at many of those photos after the fact and wondered what on earth I was trying to capture.

Greece was a destination that exceeded my expectations – by a long shot. As with all memorable occasions, I can’t believe it’s already been 2 years since we were there. Thankfully I have the photos to remember it – this time without the cardio workout.

This post has been brought to you by Thursday Doors, donkeys, boats, and near heart attacks.

Thursday Doors is a weekly photo feature hosted by Norm Frampton at Norm 2.0 where door lovers gather to tell door stories. The door is always open at Norm’s place and everyone is welcome.

An eyelash vending machine? Am I completely out of step with the ‘modern’ world?! #sundaymornings #vendingmachines 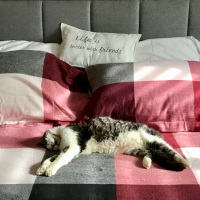 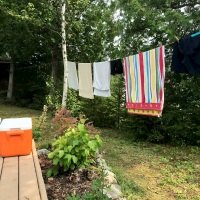